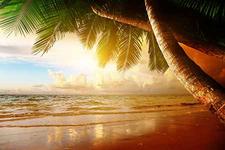 The Leon Rollerson Diamond Music Arts Award is honoring people who have made a difference in fine arts for musicians, artist, performers, people of music interest, art work, historians, leaders and students who support music and the Arts.

The Leon Rollerson Diamond Music Arts Award is making sure that history will be made, recorded, documented, honored and remembered  for many by many.

Artist of the Year
Victoria Ellington

This show is dedicated to
Myrtle and Lloyd Rollerson
Eric Rollerson

will honor many educators, teachers and people who have supported the educational system from the grass roots. The honors will be given to many different areas which will include teachers, students, retired teachers and supporters. Rollerson says that “there were so many people who wanted to be a part of this grand event so the ones who were chosen represent the many who also wanted to be a part of this celebration. It was not easy choosing the ones who will be honored on the “Leon Rollerson Diamond Awards Honor Arts Program” but the board members did a great job in their selection. Some of the honorees include:

Statements
When the call is there for everyone to be the community that it takes to help the child in education, very few show up. The ones who are being honored today are the ones who are above the call of duty

These artist and educators don’t just represent themselves, they represent all of the other great artist who came with them, before them and who will come after them.
They don’t stand alone
They represent other giants in the field of education

The "Leon Rollerson Education & Arts Honor Program", for leaders and students who support Education and the Arts.

Honoring people who have made a difference in Education, Students and Fine Arts.
Some of our many honored by the "Leon Rollerson Education & Arts Program" will be:

Jason McIntosh        Director of the Oklahoma Jazz Hall of Fame

Board president of the Oklahoma Jazz Hall of Fame

Harold Wise        Founder of Teach Peace. For Peace and Education

Binging culturals together for education

This show is dedicated to
Myrtle and Loyd Rollerson
Eric Rollerson